What I think: Analog speedometers are a waste of space

I was looking at photos of the Subaru Impreza I test-drove recently, and I paused at this shot I took of the speedometer. 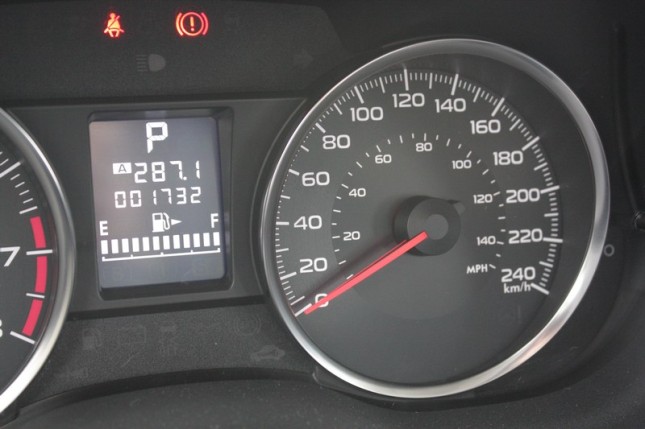 As you can see, it reads to 240 km/h, and that got me thinking about why car speedometers indicate such high speeds. Car and Driver drove a 2012 Impreza like this one to a top speed of 122 mph, or just shy of 200 km/h, which suggests that this car could, at least, come close to the 240 km/h mark at the top end of the dial. I don’t know about you, but I have a hard time getting excited about testing the top speed of a car with 148 horsepower. And never mind the matter of whether you want to go that fast in a particular car, when you consider Ontario’s “street racing” law, which spells out an impounded car and a licence suspension for drivers caught going at least 50 km/h faster than the posted speed limit.

I’m sure there are reasons why speedometers indicate unrealistic velocities. One theory I’ve heard is that most speedometers are designed so that legal highway speeds put the needle somewhere close to the middle of the gauge, which makes it easier to read at a quick glance. And, for cars sold in European countries where highway speed limits tend to be higher (or, in a sense, nonexistent, as is the case on Germany’s autobahns), the speedometer must display higher speeds. Considering that many cars are sold in similar forms in many jurisdictions, it makes economic sense for the manufacturer to fit every car with a speedometer that reflects how fast that car might legally be driven in any of the places it will be sold.

But no matter how fast you want — or are allowed — to drive, most analog speedometers are a waste of space in most situations, especially in North America, where highway speed limits tend to top out at the equivalent of about 130 km/h.

Modern cars are complicated machines, with safety, audio and navigation systems all competing for dashboard space. It’d be nice if more of that information could be concentrated in the instrument cluster, directly in front of the driver. Ford has started doing just that with instrument clusters like this one, in its Edge SUV. 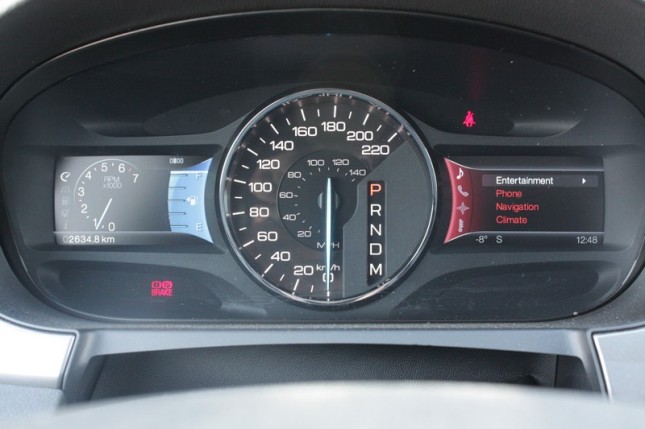 Nice idea. The small section on the left can be toggled to show a tachometer, fuel economy information and other trip-related data. On the right side is a display that shows the driver their choice of climate control, navigation or sound system info. Cool stuff, but notice how it’s all anchored by a huge analog speedometer that reads to a top speed of 220 km/h.

Here’s the speedo in the 2012 Chevrolet Sonic. 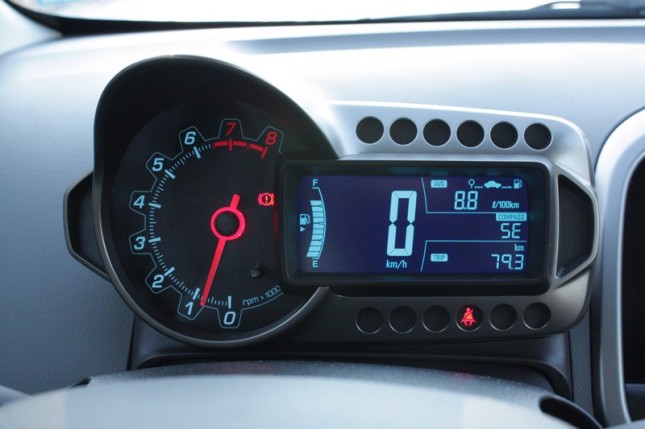 This is another modern take on automotive interior design, a look inspired by motorcycles. Note the digital speedometer; the only questionable bit is the tachometer which, considering that the majority of these cars will be sold with an electronically-controlled automatic transmission, seems unnecessary.

Since 2006, this is what Honda Civic drivers see when sitting behind the wheel. 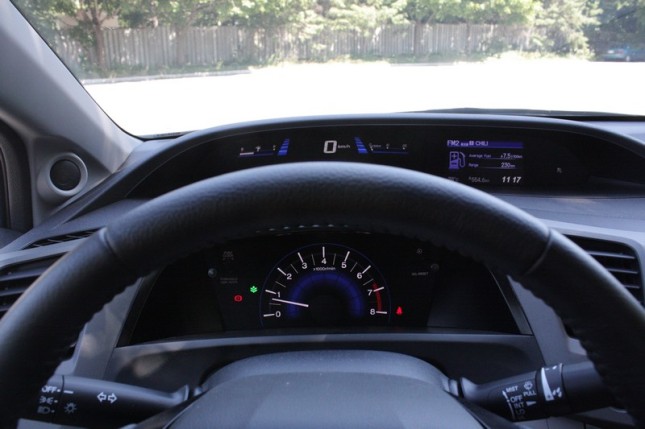 Again, digital speedometer, and a huge tach that I’d suggest will mostly be appreciated by those who choose the sporty Civic Si, while the majority of drivers (again, the automatic transmission is more popular than the stickshift) will mostly ignore it.

These next two examples are from the Toyota Prius (top) and the Chevrolet Volt (bottom), high-tech cars whose interiors and instrumentation reflect their nature, looking more like computer readouts than automotive instruments. These cars are great examples of making the best use of dashboard space in vehicles that have lots of information to share with the driver. 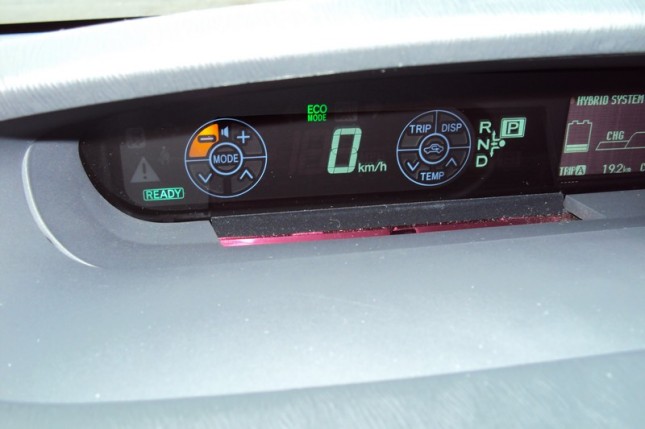 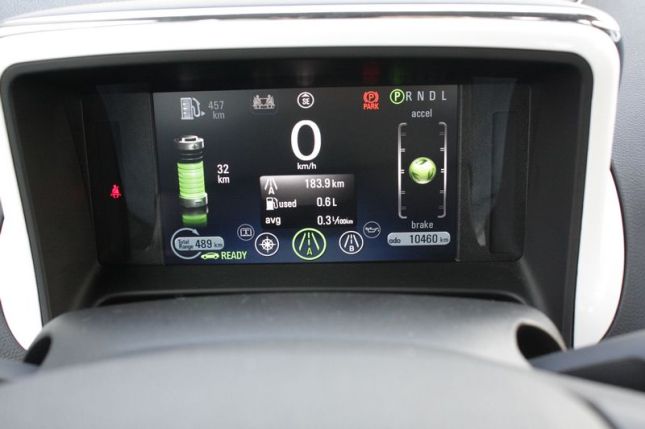 I’m a gearhead. I like watching the sweep of a needle across an analog gauge when I’m driving an entertaining car. But these traditional instruments have become outdated as vehicles have become more complicated. A digital speedometer is all that’s necessary, at least in the majority of mainstream cars — it shows only how fast the car IS going, not how fast it CAN go, something only drivers willing to test their nerve (or risk their licence) care about.

Posted by chrischasescars on January 13, 2012 in Design, The Big Idea, What I Think