What I think: Buying a used Cadillac STS

The 2005 STS brought rear-wheel drive performance back to Cadillac’s full-size sedan range. It was a promising move, but a few years later, it seems that this car doesn’t hold up its end where reliability is a concern. Click here to read my Autos.ca Used Vehicle Review.

What I think: Buying a used Chevrolet Optra

You’ll be forgiven if you’ve never heard of the Optra, a Korean-made car sold briefly by Chevrolet in the mid-2000s, as an attempt to capture some of Kia and Hyundai’s (among others) small car sales. By the relative few accounts available, it wasn’t a great car when it was new, and even if it had proven reliable (it’s really hard to tell), do you really want to take a chance on a rubbish car no one knows how to fix? Read my Autos.ca Used Vehicle Review here.

Posted by chrischasescars on July 12, 2012 in Autos.ca, Chevrolet, Compact cars, Used vehicles, What I Think

Tags: Chevrolet, Optra, used, you get what you pay for

What I think: Buying a used Nissan Quest 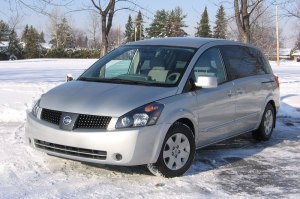 The third-generation Nissan Quest was a styling standout among a stodgy field of minivans, but it’s also a lesson in why standing out is not always worthwhile. Click here to read my Autos.ca Used Vehicle Review.

Posted by chrischasescars on June 12, 2012 in Autos.ca, Minivans, Nissan, Used vehicles, What I Think

What I think: Buying a used MazdaSpeed6

The MazdaSpeed6, sold in 2006 and 2007, was a rarity in being a high-performance car based on a garden-variety family sedan, the Mazda6. With a turbocharged motor, all-wheel drive and the only transmission being a six-speed manual, this monster had all the right ingredients for four-door fun. The shame of it, is that it wasn’t built to withstand the rigours of being driven the way it was designed to be. Click here to read my Autos.ca used review of the MazdaSpeed6.

Posted by chrischasescars on May 31, 2012 in Autos.ca, Mazda, Mid-size cars, Used vehicles, What I Think

What I think: Buying a used Hyundai Genesis Coupe 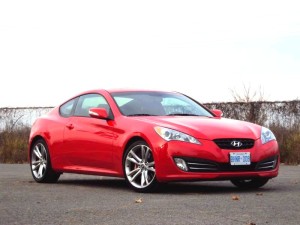 It’s only been on the road for about three years, but I’m fairly confident in suggesting the Hyundai Genesis Coupe is a well-built sports coupe that makes a smart used car buy. Check out my full review at Autos.ca.

Posted by chrischasescars on May 10, 2012 in Autos.ca, Hyundai, Used vehicles, What I Think

What I think: Buying a used BMW Z4

Modern European luxury cars are famous for reliability problems, mostly linked to complicated electronics. BMW is certainly not immune, but here’s a car that the Bavarians apparently got right, in large part: the Z4 roadster is a unique-looking sports car that appears to be a fairly smart used car purchase. Read my full Autos.ca review here.

Posted by chrischasescars on May 3, 2012 in Autos.ca, BMW, Roadsters, Used vehicles

What I think: Buying a used Honda Accord

Honda has lost the plot, compared to its world-beating ways of the 1990s, its reputation tarnished by some reliability troubles and a few sales duds. The eighth-generation Honda Accord, however, seems to live up to the brand’s ideals — well, mostly. Click here for my Autos.ca used car review of the 2008-2012 Honda Accord.

Posted by chrischasescars on April 26, 2012 in Autos.ca, Honda, Used vehicles, What I Think

What I think: Buying a used Subaru Impreza 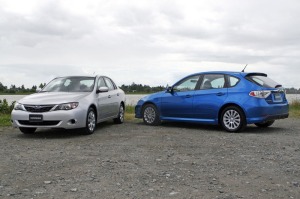 This third-generation Impreza is a better all-around car than the versions that came before it, and, in some ways, it’s better than the redesigned 2012 model that replaced it. This car gets good reliability ratings from many sources, but continues to be haunted by the possibility of head gasket problems in its horizontally-opposed engine. Read my Autos.ca review here.

Posted by chrischasescars on April 23, 2012 in Autos.ca, Compact cars, Subaru, Used vehicles, What I Think

What I think: Buying a used Ford Fusion

It’s a shame that this second-generation Ford Fusion hasn’t proven as durable as its predecessor. Read my Autos.ca used car review to learn what to watch out for.

Posted by chrischasescars on April 14, 2012 in Autos.ca, Ford, Mid-size cars, Used vehicles, What I Think

What I think: About a bunch of vehicles

I’ve been lazy about updating lately, so here are links to a number of recent reviews of mine, published at Autos.ca:

Test Drive: 2012 Acura TSX V6 — A very nice sport sedan that nonetheless needs a serious dose of personality and a number of high-tech features that most of its competitors offer.

Used Vehicle Review: Nissan Altima, 2007-2012 — As a Japanese company, Nissan has a reputation for building tough cars. It earned that in the 1980s and 90s, but its later models are less robust; the fourth-generation Altima mid-size sedan is a good example.

Used Vehicle Review: Lexus GS, 2006-2012 — Speaking of Japanese cars that don’t live up to the nation’s reputation for well-built cars, there’s the third-generation Lexus GS. Compared to the quality benchmark set by Lexus (and parent-company Toyota) in the 1990s, this car falls well short.

Used Vehicle Review: Mitsubishi Outlander, 2007-2012 — Then, there’s Mitsubishi, a company with plenty to prove. It’s proving it well, apparently, with the well-built Outlander crossover, an underrated vehicle that gets overlooked by many used-vehicle buyers.

Used Vehicle Review: Mazda Tribute, 2001-2011 — I always thought the Tribute was a stop-gap vehicle added to Mazda’s lineup to fill a gap until it designed its own crossover model. It was a near carbon-copy of the Ford Escape, and so inherited that vehicle’s positive traits — and its common flaws.

Used Vehicle Review: Nissan Frontier, 2005-2012 — Here’s a modern Nissan that seems more in line with the company’s reputation. The Frontier has a few common problems, but is generally a decent little truck.

Used Vehicle Review: Acura RDX, 2007-2012 — The RDX is Acura’s compact crossover, and the first-generation model is a quirky vehicle, for being the only Honda-built product to use a turbocharged engine. Common problems include air conditioning compressor failures, but the basics — engine, transmission and nifty all-wheel drive system — seem to be pretty tough.