1. A nice price – to start
The Grand Cherokee has been Jeep’s flagship model since1993. A starting price of about $40,000 makes it affordable for a comfortable, capable SUV, but that number reaches well north of $60,000 in Summit trim, and that doesn’t count the hip-hop video-worthy high-performance SRT-8 model.

2. Diesel powered
With its optional 3.0-litre diesel V6, the Grand Cherokee is the only American-branded SUV offered with a diesel engine. That puts it in the same league as some pretty fancy competition, like the Mercedes-Benz ML-Class, Audi Q7, BMW X5, Volkswagen Touareg, and Porsche Cayenne. 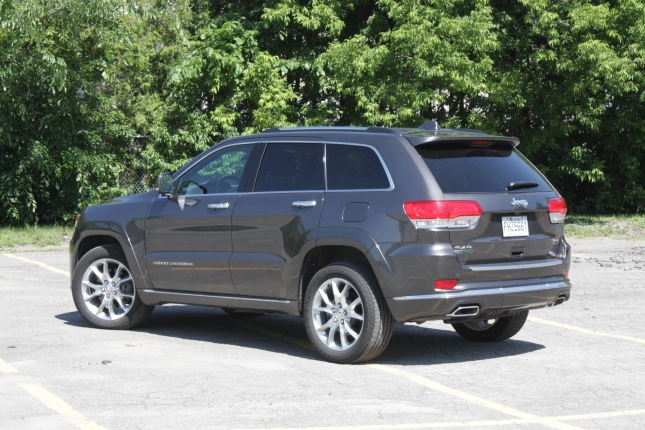 3. Fuel economy
My test vehicle averaged 10.5 L/100 km in city driving, a solid 25 to 30 per cent better than you could expect from the Grand Cherokee’s base gasoline V6, and about equal to a six-cylinder family sedan. 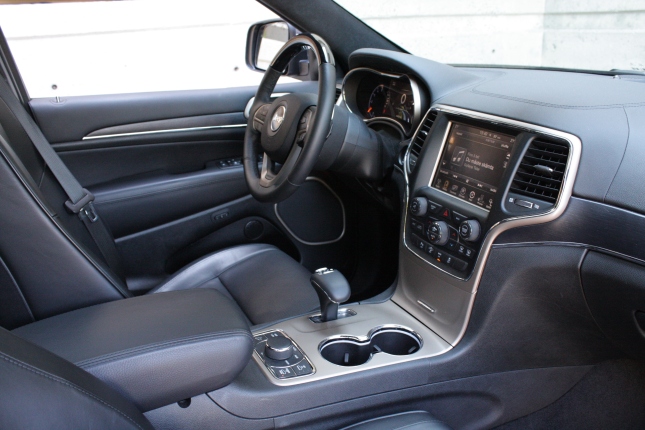 4. Refinement
Modern diesels are known for their quiet, smooth performance. Jeep’s is quiet on the outside, but from the driver’s seat, it feels a little rougher and more truck-ish than most.

5. Interior space
There’s less space inside the Grand Cherokee than its commanding exterior presence suggests. Hyundai’s Santa Fe is smaller on the outside but, subjectively, is about as roomy inside as the Jeep.

6. Off-road capability
Pair the Quadra-Drive II 4WD system (the most capable of the three on offer) with the optional height-adjustable air suspension (my test vehicle had that, too), and you’ve got a luxurious truck that could go just about anywhere, if not for the tires obviously biased toward mall parking lots.

7. Cool tech
Jeep uses a thin-film transistor (TFT) instrument panel in the Grand Cherokee, a technology that’s becoming common in upscale vehicles. It allows a customizable gauge display, and in this case can be toggled between a digital speedometer and a representation of an analog gauge.

Posted by chrischasescars on August 6, 2014 in Diesel, Jeep, Straight Eight