In the last few weeks, I’ve driven the 2015 Volkswagen Golf and the 2014 Kia Forte5 (which I wrote about here). Both are small hatchbacks aimed at buyers in the market for a good-looking and practical compact car.

Both also have this neat feature: 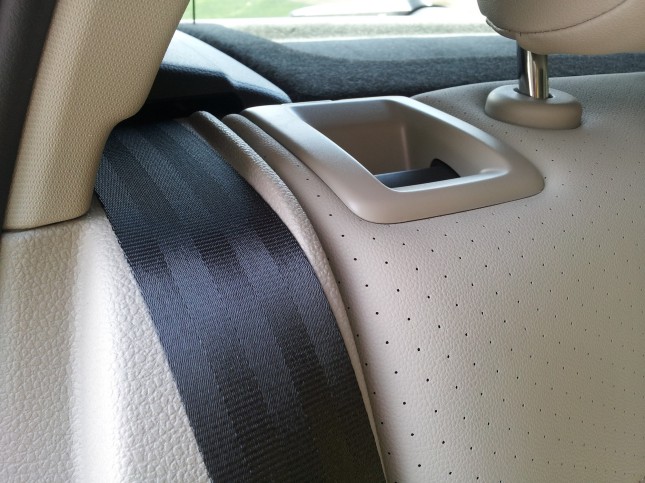 That’s one of the rear outboard seatbelts in the Golf. Notice that little raised edge between the belt and the seatback? That’s there for one reason: to keep the seatbelt from getting caught behind the seat when you flip it upright from its folded position.

Here’s the same detail in the Kia Forte5: 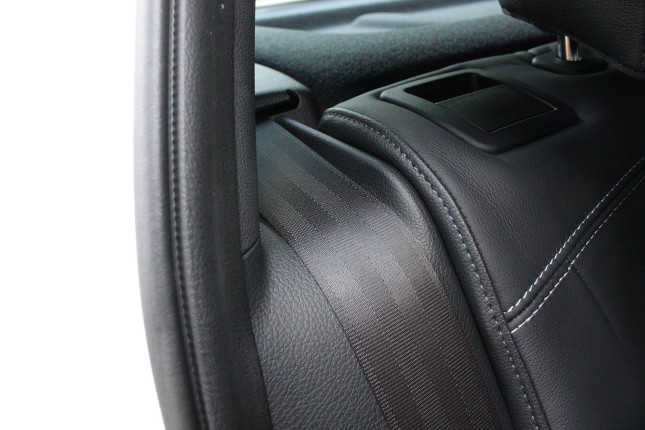 It’s the kind of thing that most buyers (and, in fact, most car reviewers) won’t notice, and that’s because it works so well. Some cars have a little clip to hold the belt out of the way, but a) that’s not as effective, and b) you have to remember to slide the belt into it. This barely-noticeable design element works all by itself, simply because it’s there. I want to find the engineer who came up with this idea and take him or her out for a beer, that’s how much I appreciate this kind of detail. You can bet I’ll be looking for this in every vehicle I test, from now on.

Posted by chrischasescars on September 5, 2014 in Kia, The Big Idea, Volkswagen